The news about the whole company. If our directors die, we gonna post it here.

3 Communities With Most Beautiful Russian Girls

What do you think if we show you the beautiful girls? Not a fresh idea, isn’t it? Sometimes we think internet is created for this only purpose

Now what if you could see her profile, her other photos, her height, her dreams and passions, and tell you she’s interested in searching for you? That’s why we maintain our profiles in the social networks. Every one of the girls is real; every photo has a link to the real profile. Here are our profiles on our social networks.

We publish the girls by gallery. Interested in Blondes? Here is the snapshot. 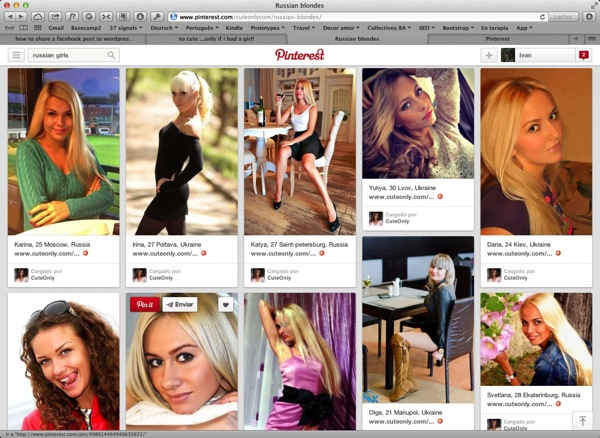 Choose one and follow the link to her profile: 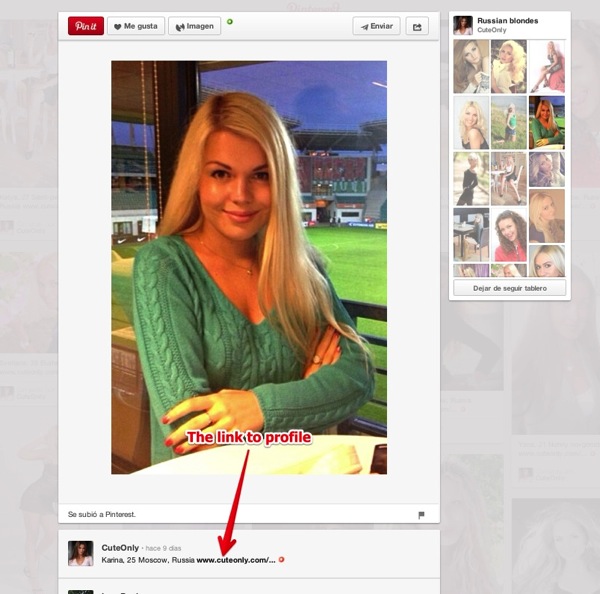 And here we go: 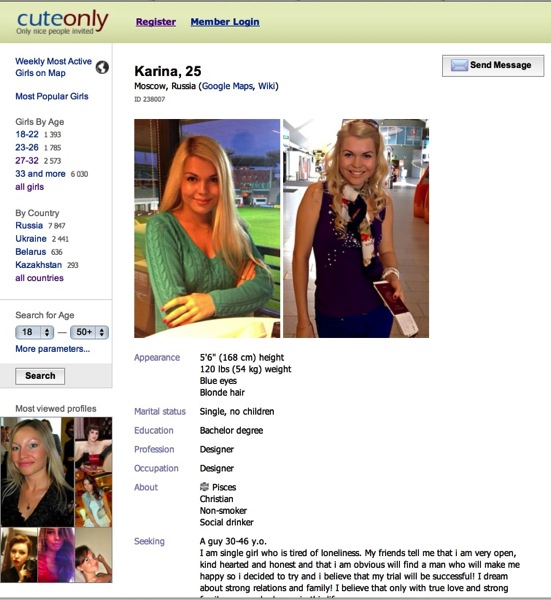 END_OF_DOCUMENT_TOKEN_TO_BE_REPLACED

Posted in Company news, Everything else

Girls who impressed us

We publish regular snapshot of the most beautiful girls of the week on Facebook. We pick them manually. Here is what we have this week: 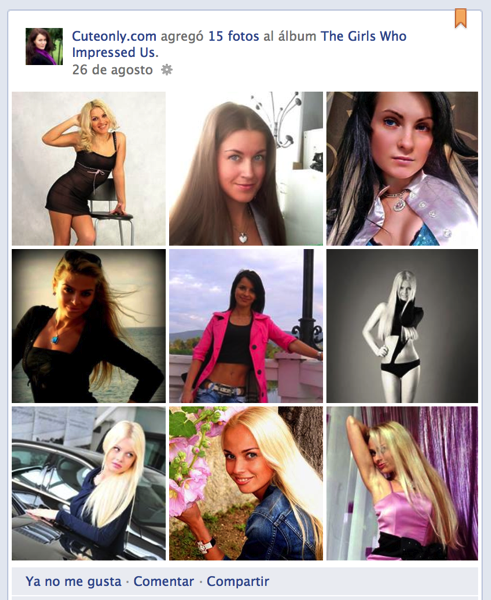 END_OF_DOCUMENT_TOKEN_TO_BE_REPLACED

Posted in Company news, Everything else, New features

Here is an interview Nikolay gave to the channel called RTV. It’s the official English-speaking channel of Russia, available internationally.

As they made a misprint in his second name, we were only able to discover it now. Here is what Mr. Pokroveky said on scam: 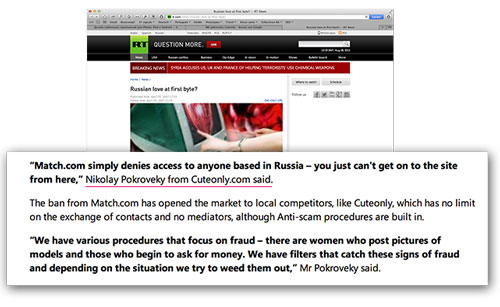 Temporarily we only accept PayPal

Before, you had two payment gateways:

Now we temporarily only accept payments through PayPal. END_OF_DOCUMENT_TOKEN_TO_BE_REPLACED

How we were looking for a new developer

The problem is, CuteOnly is an old project. It uses

It appeared, no money could motivate developers looking into it. At least good ones; bad ones can’t do it anyway.

So we made an offer to a genius we know. In our tests, he produced 4 times more work for a dollar, than anyone else (while his per hour rate is 5 times more than others have). We offered him:

You already hate him?

Here’s how message translations work. Choose the desired language (English or original) and voila! the conversation is properly translated. 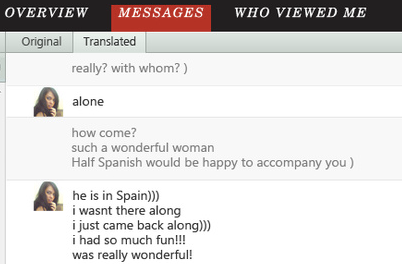