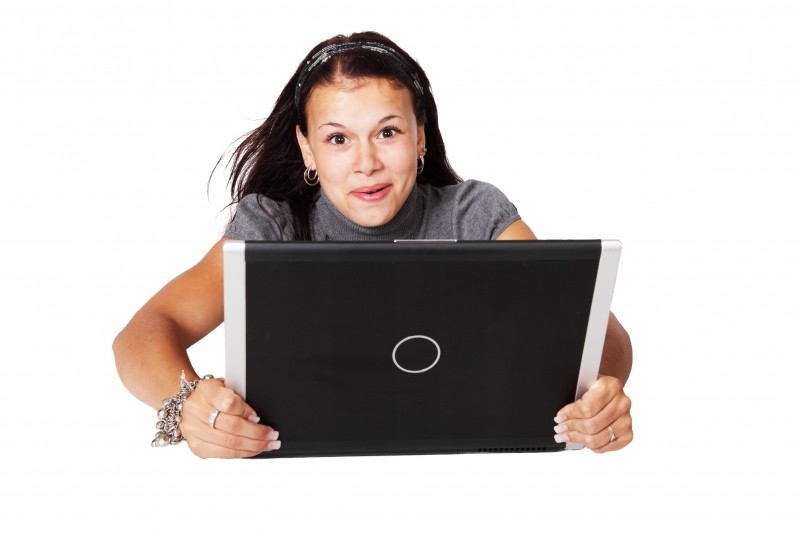 Millions of people join dating sites each year, looking for their long-lost love or at least new friends to spend the days with. The vast majority do so without knowing much about online dating, except for all those urban legends, a few word-of-mouth reports and, of course, whatever the convincing advertisements say. For them, this list of 11 shocking facts about online dating in the United States, according to Statistics Brain, will be very enlightening.

71% of users believe in love at first sight

This fact can say a lot about the people who go online to find love. Perhaps they are die-hard romantics who wear their hearts on their sleeves, and believe there is one person out there that’s right for them. A big part of online dating is finding someone who will go on dates which are “no strings attached”. But the statistics don’t lie: finding true love is the ultimate goal for most. There is still some romance left in the dating world, even when it’s online.

Some people swear by the convenience and success of online dating websites, while others disregard them as equally or more ineffective than regular dating. However, according to the statistics, internet dating does work for at least 20 percent of the people who make a commitment to keep at it. Starting a committed relationship with someone you met online is possible, just as it is with real-life dating.

17% of marriages are from online dating

Whether dating online or in person, the goal for many single people is marriage. They want to settle down, tie the knot, and start a family with the person they deeply love.  However, online dating may not be the best option for these people. Only an average of 17% of marriages are from relationships that began from online dating, and, with divorce rates in the U.S. skyrocketing, there’s no telling if those marriages will actually last.

Relationships take months and even years to develop before a couple finally decides to take the proverbial plunge. This is also true for online dating. After moving from trading messages, to meeting, to dating in real life, it can take an average of 18 months before online daters get married. Couples take time to decide if they are as compatible as the website made them seem.

Nice guys finish last? Not always. Squeaky-clean men don’t have to hide their natural personalities to attract girls online. It’s most likely a tired cliché that all girls like the “bad boy”. In actuality, women are usually more attracted to confidence, a sense of humor, and men who know how to treat women with the respect they most certainly deserve.

The men who are planning to alter their personalities online just to get a date should look at this statistic and think again. As people often say, just be yourself.

This statistic tells us that a healthy percentage of men would rather date or commit to a modern career girl over someone who, perhaps, doesn’t have their life quite figured out. Just like women, men seem to want their potential significant others to be confident, assertive, and extremely independent. Maturity seems to be the most desired trait for both genders.

It’s common for women to get more private messages than men, especially if these women are 21 years old and younger. The number of women being contacted peaks for those who list their age at 21, declining steadily after this point. It’s a cliché, but it’s commonly believed that men are biologically programmed to chase younger and consequently more fertile women, which may be the reason for this statistic.

Younger women have most online pursuers

This is where the numbers get tricky. Although women’s online desirability peaks at 21, they have the most active pursuers around the age of 26. Close to half of men prefer a modern career girl, and a woman in her late 20s is more likely to have a stable career (or at least working to develop one) than a younger girl. However, 26 year old still fulfill the ‘youth’ preference of many men.

Older men have double the online pursuers of young men

In a trend which opposes that of men seeking women, the older that a man is in the online dating world, the more women will seek him out. This may be because older men are perceived to be more financially and emotionally stable, having lived a longer life with more character-building experiences than men in their 30s and 20s.

Men at this age have likely had more relationships too. As a result, they may be perceived to have developed more maturity. Maturity in men is a good sign that they’re more willing to commit to a long-term relationship or even marriage, which many single women will be seeking online.

Men often lie about their personality or daily life in order to seem more attractive, just like with normal dating. It’s quite natural to tell a few white lies here and there. However, with online dating, men lie about their major physical attributes and financial stability -including lies about age, height, and income.

Men might be sabotaging themselves when doing so. Within just one date, women will quickly work out the lies regarding height and age, at least.

Women also lie in their online dating profiles. However, their lies differ from men’s with exaggerations or misinformation focused on their weight, build, as well as their age. This may be a side effect of a dating culture that focuses on women’s looks over their personalities and accomplishments.

As a result, they lie to seem more attractive to potential pursuers. It’s easy to list false information in a general profile, but it’s unclear how these lies impact the success of face-to-face meetings. 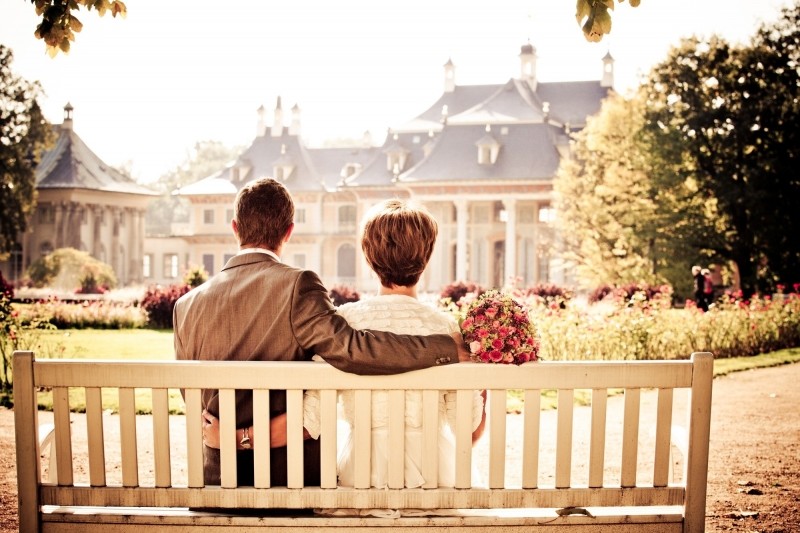 Manners are apparently the very backbone of our society, but, despite this, dating online can feel like it’s full of people with bad manners and poor behavior. Tongues out in profile pictures, unsolicited nudes and toilet humor are a few ways to render yourself an online dating pariah. This article will help you get the lowdown on keeping those manners in ship shape.

How do you present yourself in your profile? Photos are usually the first thing prospective matches look at, so choose carefully to avoid defeat.

Once you’ve matched with someone, it’s hard to get the balance right during that initial messaging period. Here’s how to you show interest without appearing too keen, or — heaven forbid — rude.

Congratulations, you’ve managed to hold your matches attention and you’ve secured a date. Now it’s time to make a real impression, but make sure it’s for all the right reasons.

5 things that will help you get more online dates 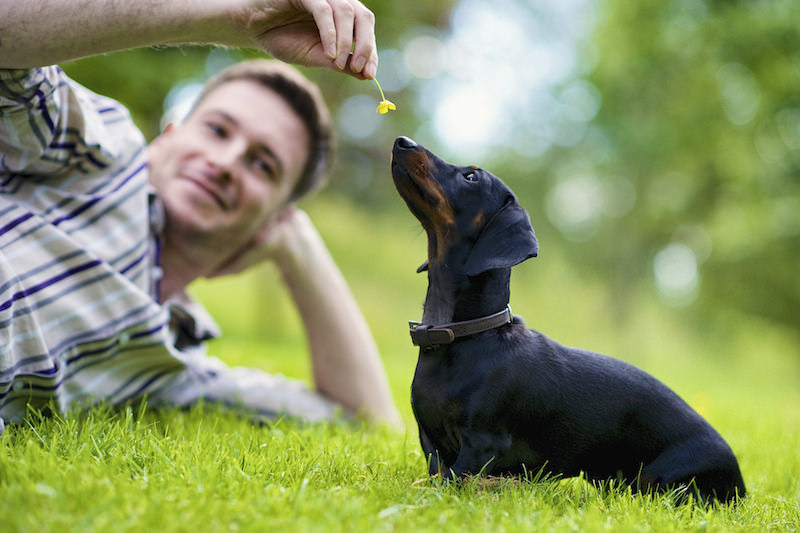 For many of us, crafting the perfect dating profile is actually harder than going on a date. You need to strike the perfect balance: come across as smart, sexy and fun, but totally suitable to take home to meet the parents. So before before you start, take note of these tips that will definitely help you!

Research has shown that you are three times more likely to have dating success if you are pictured with a furry friend.

2. A mixture of selfies and group pictures.

This one is just common sense. Five selfies makes you look like a narcissist but an endless stream of group pictures usually makes it really tricky for people to work out who you are. And chances are you aren’t the really gorgeous one. Sorry but it’s true.

3. Delete all headless pictures of you in your underwear.

Let’s get real for a moment, even if you have a great body and are just looking for sex; a headless photo of you sitting in your pants is not attractive. And it is possible to just have a one night stand but not pitch yourself as a torso.

Whatever you’re looking for by using online dating apps, chances are it isn’t a cripplingly boring and serious conversation about how much they hate their manager. Humor is one of the most important factors in new relationships. This is meant to be fun for everyone, just lighten up a bit.

Lose the razor men (sadly this one does only apply to men). A study has shown that guys are 18% more likely to get a swipe if you have some facial hair – whether that’s minor stubble or a full beard.