Scammers’ tricks to steal your heart and money 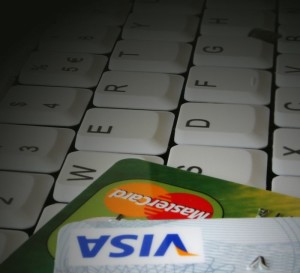 Not everyone using online dating sites is looking for love. Scammers create fake online profiles and tug at your heartstrings with made-up stories about how they need money — for emergencies, hospital bills, or travel. Why all of the tricks? They’re looking to steal your money (source: FTC Consumer information blog).

As if all that isn’t bad enough, romance scammers are now involving their victims in online bank fraud. Here’s how it works: The scammers set up dating profiles to meet potential victims. After they form a “relationship,” they come up with reasons to ask their love interest to set up a new bank account. The scammers transfer stolen money into the new account, and then tell their victims to wire the money out of the country. Victims think they’re just helping out their soulmate, never realizing they’re aiding and abetting a crime.

Here are some warning signs that an online love interest might be a fake. They ask you to:

Did you know you can do an image search of your love interest’s photo in your favorite search engine? If you do an image search and the person’s photo appears under several different names, you’re probably dealing with a scammer. And if the person’s online profile disappears a few days after they meet you, that’s another tip-off.

Here’s the real deal: Don’t send money to someone you met online — for any reason. If your online sweetheart asks for money, you can expect it’s a scam.

12 things to never do in Russia 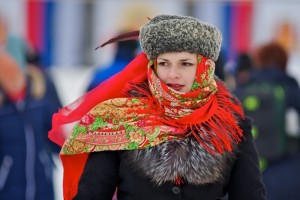 There are many peculiarities that only Russians have and it’s useful to know them.  Especially if you are dating a Russian woman! (source: travorabroad)

1. Take your shoes off

This tradition has been going on for centuries, and hosts usually offer tapochki (slippers). At nice parties, some women may bring an extra pair of heels or shoes for inside use.

Russians believe that whistling indoors could lead to financial ruin, poverty, or just another invasion of cockroaches.

3. Never sit at the corner of a dinner table

It is said that the one who chooses a seat at the corner of a table is destined to never get married. For certain, they will never find their lover. This is mostly directed towards younger women, and some traditions say you won’t get married for 7 years. So most of the time kids don’t get scolded for this one.

4. Never lick the food off of a knife.

Apparently it is unacceptable to lick any food or “remainders” off of a trusty utensil. It’s considered rude and a sign of cruelty.

5. Informal dress codes are not so usual

Russians are known to dress quite nice, for a variety of occasions. A casual neighborhood, city park walk or even a meal with friends. Nice dresses and heels, suits or ties, it’s common to see others’ dressing their best as a sign of respect.  Dinner parties, trips to the opera, ballet, or even a theater – dress nicely, and expect others to do so too.

6. Going Dutch is not expected

The tradition of covering a meal and evening with a female is generally upheld. If you ask a nice lady out for diner, you shouldn’t expect her to pay for the meal or anywhere else you decide to go. Some may offer to split the bill, but you shouldn’t count on it. Some of them may not even bring their rubles with them for such an occasion! If you expect to see her again, it’s a safe bet that you should be ready to foot the bill like a gentleman.

7. Don’t expect a lady to carry

If you’re accustomed to all things that are politically correct, double think it for a second. That lady carrying her luggage down the metro steps, or the lady at the airport getting ready to get her bags ready for her departure – always be there to lend a hand. It’s polite, and as a man you are expected to be the one that assists in such a situation. You will see this even when getting in a taxi – the drivers will commonly be the ones that assist in the luggage. Such is a lesson in everyday life – lend a helping hand.

When you board a bus, or the city metro, you’ll first notice that younger people will always be ready to lend a seat to the elderly, women, and children. This is a common norm you will run into everywhere, and may not always be the case in some countries. While some may be offended in some countries being offered this privilege, it’s a sign of respect in Russia, and especially when elderly or pregnant women are standing there waiting for a seat it’s downright rude.

The jokes surrounding others’ family members are generally taboo to make, and to be quite honest – risky. You can crack a joke on  ethnicity, appearance, or gender based jokes, but if you insult another’s mother and father, it may not come across as a joke at all.

10. An empty purse is a horrible gift

Giving an empty purse as a gift is yet another superstition. Why is it empty? Do you wish financial hardship and poverty on your lover? Are you single again? Well to be fair, it applies to any money holding object one could thrown in as a gift.

11. Bodily functions are frowned upon

It is incredibly impolite, and you should not expect any kind of pride associated with such things. Burping loudly is not a game changing display of authority or humor. So if it happens, don’t make a big deal out of it. Some say not to even apologize, but to simply ignore it. It’s not of the most epic impressions you would want to make, so keep it in mind.

12. Never shake a hand through a doorway

How to make a good impression while online dating 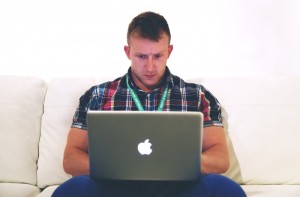 In online dating just like in real life you only get one chance to make a first impression. But now that there are so many people dating online, the competition is fiercer than ever. So if you want to get someone’s attention, you need your initial email to really standout.

Here are a few simple guidelines to help you write that irresistible introductory email to the potential future love of your life (source: Care2).

1. Be brief. Don’t write more than a short paragraph. All you’re trying to do in this first email is arouse someone’s curiosity and get him or her to respond.

3. Be sexy. Let’s be honest: the search for true love eventually leads to sex. So there’s no harm in creating a little sexual spark right from the start.

4. Be provocative. Don’t be afraid to go over the edge a bit and say something forthright.

One last thing: use emoticons and acronyms, but use them sparingly. More than a couple in an email is overkill.

The secrets no one tells you about online dating 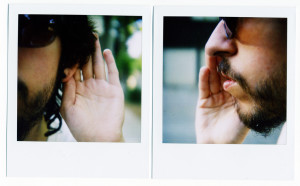 If finding love is one of your 2016 resolutions, now is the time to give online dating a shot. It’s less scary than you think. You never know until you try, right? If you absolutely hate it, you can always delete your profile and forget it ever happened.

Online dating is a great option for everyone. With the rise of free and easily accessible dating sites and apps, pretty much everyone considers signing up for one. It’s commonplace now, and there are totally 100% normal people on every site.  Here’s what you need to know before you create a dating profile (source: MTV News).

It’s about quantity, not quality
Every awkward text conversation brings you closer to the person you are looking for. Every bad date brings you one date closer to that butterflies-in-stomach date.
Actually dating someone is obviously about quality, not quantity, but you can’t meet “the one” — in real life or online — if you don’t put yourself out there.

Write something in your profile
Don’t be that person who leaves their profile or bio completely blank. If you want people to message you, give them something — anything! — to go off of. Otherwise you’ll be fielding the same “Hey, how’s it going?” messages all day, every day?

Do your research
You’re meeting strangers on the internet. It’s totally acceptable to Google their names, look them up on Facebook, etc. to make sure they are who they say they are.

Above all, be safe
Making the leap from digital communication to in-person talking is nerve-wracking. For the most part, online dating is safe, but if you’re worried, calm your fears with a few helpful steps. Before meeting up with anyone in real life, Google their name. Agree to meet them in a public place, like a coffee shop, bar or restaurant. Tell your roommates where you’re going, who you’re meeting and what time you expect to return. Keep an eye on your drink. You know this stuff already!

You have to meet in person
This may seem obvious, but the whole point of dating sites is to meet new people. Chatting online doesn’t count. It’s easy and convenient to fall into a rut of solely messaging people for validation or for the sake of messaging someone. When you find someone you’re into, the conversation needs to eventually move from your phone screen into real life. Otherwise, all you have is a really hot pen pal.

You will get rejected at some point
You messaged someone who doesn’t respond to you? Good news! Online rejection is quick and painless.

It’s OK to say no
Just like someone won’t respond to your message, at some point you likely will ignore a message yourself. And that’s perfectly OK. When it comes to online dating, never say yes just to be polite. If someone asks you out and you’re not feeling it, say no. If you don’t want to talk to someone, don’t.

You’ll become more confident in your love life
Asking someone out, whether it’s online or in person, feels less intimidating the more you do it. Dating isn’t easy, but like with most things in life, practice makes perfect. These experiences will teach you what you want and (more importantly) what you don’t want in a relationship. And you won’t settle for anything less.