15 things not to do in Russia 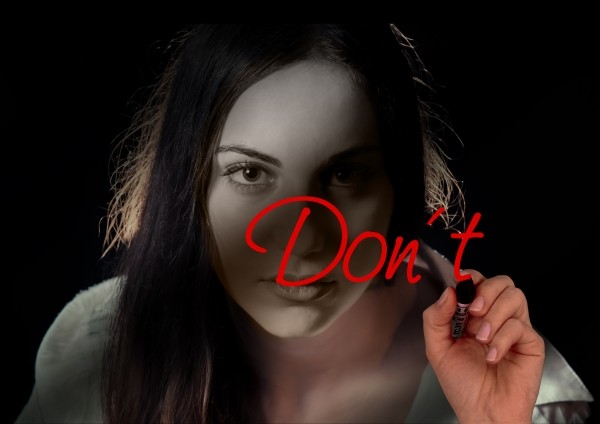 Whenever you’re traveling to a new destination, it’s important to research local customs before you go. Russia is no exception, especially because the local people tend to be very superstitious and you wouldn’t want to do anything that signifies bad luck. Here are 15 things NOT to do in Russia, the most important – don’t refuse vodka!

1. Don’t shake hands with your gloves on unless you want to insult the person you’re meeting

It is considered extremely impolite to leave your gloves on while greeting someone with a handshake. So make sure you remove your gloves before any interaction occurs. Also, never shake hands over a threshold as Russians see this as bad luck. They’ll expect an argument to be the outcome of your conversation if you shake hands in a doorway.

Russians have a funny phrase which translates roughly in English to “Do not take back the last t-shirt.” It simply means never be the one to take the last, and always give back. Therefore, Russians tend to be very generous even if they don’t have much to give. So never accept a gift unless you truly want it. You may be required to refuse it several times.

3. Whatever you do, never, ever tell a joke about a Russian person’s mama

Many jokes you’ll hear in Russia will not be considered politically correct as gender, race, religion and politics-based laughs are not off limits. However, never make fun of someone else’s family member as this is seen as very disrespectful and insulting.

4. Don’t disrespect the elderly unless you want to invoke the wrath of several much younger, much stronger people

Like with many countries, respecting the elderly is an important part of the family culture. Giving up your seat on a bus or a train for an elderly person or pregnant woman is a sign of respect. In certain countries, some may be offended by this privilege, but in Russia it is expected to offer your seat to someone in need.

5. If you invite someone out to eat, don’t expect them to pick up their half of the tab

When dining out, the host is expected to pay the entire bill, as going “Dutch” is considered rude. Also, the tradition of a man covering all expenses when with a female companion is definitely still upheld in Russia.

6. Don’t ever give a gift of an empty wallet … That’s actually just a good life rule

Russians believe that giving a gift of an empty wallet or purse is bad luck. They see it as wishing financial hardship or poverty on the receiver of the gift. So, make sure you put a little something special inside if you’re giving a lover or friend a new money holder.

7. Don’t expect a lady to carry her bags, which is another good life rule while we’re at it

In Russia, distinct gender roles still exist. Men are expected to act chivalrously – offering a hand to woman getting off of a bus, opening car doors, assisting with heavy lifting. But it has nothing to do with a lack of feminism in the country. Their women are strong, but most Russian men just believe that lending a hand is a simple act of politeness.

8. The Russians reserve happiness for important things, so don’t smile without a reason

Russians reserve smiling for their friends and family members. So don’t randomly smile at strangers while you’re riding on public transportation or shopping in Moscow. Russians have a saying, “To smile with no reason, is a sign of a fool.”

If you’re invited over to someone’s house for a dinner or a visit, it is considered very rude to show up empty handed. Bring a small gift – a bottle of wine, flowers, dessert or small toy for the children. Russians take pride in preparing elaborate meals for their guests and showing up without a small token of appreciation is a sign that you don’t care.

10. Get comfortable, grab a drink, and don’t leave your shoes on

Whenever entering a Russian home it is proper custom to remove your shoes. Many homes are decorated with expensive Persian rugs that are difficult to clean. Some hosts may offer tapochki (slippers) for you to put on. At nice parties, some women may bring an extra pair of heels or shoes for inside use.

11. Don’t sit at the corner of the table unless you want to live an existence doomed to utter loneliness

This is another Russian superstition. It is advised that you never sit at the corner of the dining table, especially if you’re a young woman. It is said that “the one who chooses a seat at the corner of a table is destined to never be married or find their lover.”

12. Don’t whistle indoors unless you want to invite disaster into your life

Like many Asian cultures, whistling indoors in Russia is considered bad luck. Russians are very superstitious and believe that whistling inside may cause financial ruin, poverty, or another invasion of cockroaches.

13. Get ready to cowboy up when you enter a home; don’t refuse a shot

It is true that many Russians can drink, but not all Russians are heavy drinkers. Most keep one bottle of vodka in their homes at all times for celebrations and random visitors. If you’re offered a shot of vodka don’t refuse it, because sharing a drink is considered a sign of hospitality. Russians don’t see one shot as a big deal, so to them a refusal comes off as untrusting or turning down friendship.

If you’re drinking in a Russian home, leaving an empty liquor bottle on the table is considered to be bad luck. Once the bottle has been drunk, it is best to put it on the floor or throw it out before the next bottle is served. It’s also recommended that you keep your change and keys off the table as well. These are all bad omens of financial loss and tears.

15. This isn’t Denny’s on a Sunday morning, so don’t slack in the style department

Russians dress very well. Men and women alike love to dress up even for informal occasions like grocery shopping or going to the bank. You’ll hardly ever see a Russian woman on the street without a full set of makeup and sky-high heels. So, the next time you’re in Russia, up your style standards.