How to optimize your dating profile 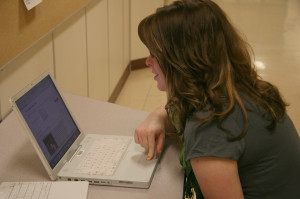 We’ve collected some useful hacks that could help you spice up your dating profile and start getting more matches:

2. Fill out your bio

4. Be active and patient

Is online dating different for men and women? 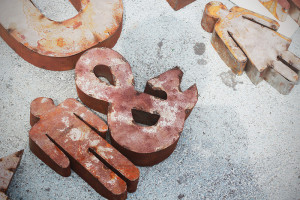 Do women have it a lot easier than men, and do attractive people in general have it the easiest? It’s hardly the unsolved question of the century.

Jon Millward decided to back up hypotheses with facts and did a very interesting dating experiment. He created 10 fake online profiles with similar sounding usernames, with the same profile data, personal stats, level of education, etc. The only difference was that each account had a different photo of a man or woman of varying attractiveness.

And here’s what actually happened after 4 months:

• The women as a group received over 20 times more messages than the men.

• The two most attractive women received 83% of all messages.

• The two most attractive women probably would have received several thousand more if their inboxes hadn’t have reached maximum capacity.

As you see from this experiment, men online face extreme competition with other men in getting noticed by women, especially the very attractive women. So, what’s the best possible message a man could send to stand out from the crowd and wow the woman?

The message needs to:

• Demonstrate creativity, intelligence and a great sense of humor

• Be totally different to anything she may have received before

• Be obviously unique and not a cut-and-paste job

It’s in your best interest to make sure your messages are really well-considered, creatively-constructed and demonstrative of your intelligence, humor and lack of neediness.

Interesting facts about online dating: then and now 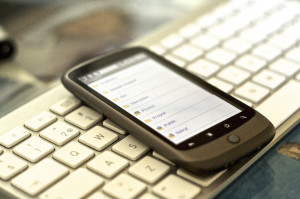 Digital technologies have affected many aspects of our lives, including how people seek out and establish romantic relationships. Today as much as 15% of Americans report they have used online dating sites or mobile dating apps. (source: FINANCIAL online magazine).

Online dating has lost much of its stigma, and a majority of Americans now say online dating is a good way to meet people.

A decade ago most Americans had little exposure to online dating or to the people who used it, but today, nearly half of the public knows someone who uses online dating or who has met a spouse or partner on the dating site.

Online dating popularity has increased among adults under age 25 as well as those in their late 50s and early 60s.

One factor behind the substantial growth among younger adults is their use of mobile dating apps. About one-in-five 18- to 24-year olds (22%) now report using mobile dating apps; in 2013, only 5% reported doing so.

One-third of people who have used online dating have never actually gone on a date with someone they met online.

According to the study, the number of people who have gone on a date with someone they met through a dating site is 66%. That is a substantial increase from the 43% of online daters who had actually progressed to the date stage when the question was first asked in 2005.

One-in-five online daters have asked someone else to help them with their profile.

The study showed that 22% of online daters have asked someone to help them create or review their profile. Women are especially likely to enlist a friend in helping them craft the perfect profile—30% of female online daters have done this, compared with 16% of men.

55% of Americans who are in a marriage or committed relationship say they met their significant other online. 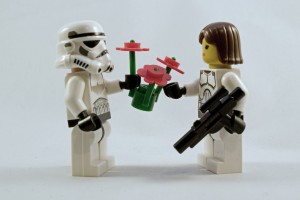 The “nice guy” paradox asserts that although women say they want to date a nice, kind, sensitive  guy, when actually given a choice, women end up rejecting him for a “bad boy” with an alpha male personality. However, according to a Journal of Experimental Social Psychology study, this stereotype doesn’t apply to online dating: nice guys actually finish first compared to emotionally unavailable men with other salient characteristics, such as physical attractiveness.

Social psychologists conducted two experiments in which men and women viewed a series of online dating profiles that included different combinations of desirable and undesirable information about their physical appearance and their emotional availability.  The participants rated profile photos and, in addition, answers to questions that described how emotionally available the individuals are.

In the second experiment researchers focused specifically on how the order in which these profiles were seen affected interest in a potential date who was unattractive, but responsive. Participants only viewed two profiles and had to choose which they would prefer to date. Similar to what the first experiment found, the unattractive but responsive dates were much more likely to be chosen when their profiles were viewed after those of the nonresponsive potential dates. This dating choice did not depend on whether the person was attractive or unattractive.

“These results highlight the importance of the context in which dating decisions are made,” wrote the study authors. The order in which online dating profiles are viewed could boost someone’s odds of getting a date.

Another study found the best way to turn an online exchange into a real-life first date is to have the perfect handle, photos, and headline. Men preferred women with the most obvious screennames like “Blondie” or “Cutie” while women had a preference for screennames that indicated intelligence, like “Cultured.” When it came to the main photo, women liked a “genuine smile,” while men were intrigued by women who wear red and slightly tilted their head.

Also, you should be honest in your headline. The perfect description falls in a 70:30 ratio of what you are like to what you want. The typical yet effective, “Honest, good-looking, easy-going, educated female, good sense of humor, sporty, sociable, likes music and travel, seeks like-minded, good-natured guy to share quality times,” is viewed more often. Online daters are usually gender stereotypical, as men like fit women who do yoga but not bodybuilding, and women like bravery, courage, and risk-taking men more than kindness and altruism.