What is wrong with men from Moscow?

I’ve asked women from 25 to 50 years old, what are the main weaknesses of Muscovite men and where do you search for an alternative if you are unsatisfied with the men you meet in Moscow.

In my opinion, the main problem with Muscovite men is that they hate to discuss problems. My last relationship with a Russian man ended this past fall. Everything was great in the beginning, but it didn’t last. Whenever we ran into an issue, he would simply get dressed and leave with no desire to discuss the problem. I was disappointed.

European and American men are well mannered in comparison to Russian men. They have respect for women and, in general, are less rude. Muscovite men are used to being rude to their women; they start a fight first and then apologize.

Now I’m dating a man from France. This relationship is different in every regard. We always speak freely about our issues before they grow into a larger problem.

Even though I have a lot of male friends in Moscow, I don’t think I want to have a serious relationship with Muscovite men anymore. Hopefully, Russian male behavior will change for the better in the future.
-    Lyudmila, 25 y.o.

Most guys from Moscow think they are irresistible to women.  They  want to act like they are movie stars. If you meet someone who appears to be very “mysterious”, it is most likely you have encountered a drug addict. “Real” men don’t show off and are not likely to be from Moscow.

Moreover, Muscovite men are infantile. They are unable to take criticism and are embarrassed when discussing money-related issues. Many married men can’t stop visiting nightclubs and hanging out with young girls. It looks ridiculous!

I like people from the countryside much more. They are confident and courageous. Men raised from outside of a capital city don’t act like “I’m sexy and I know it”.  It’s a matter of respect.
-    Elena, 32 y.o.

Muscovites are very concerned about  money.

Men I have previously been in a relationship with think about money all of the time. It is very important for them to pay for everything on our first date and then say: “Hey, I bought you a coffee – I’m a real man.” This approach is very humiliating because I can pay for my own coffee!

Once I was hoping to meet a man for casual sex with no strings attached. However, it turned out that city dwellers are not ready for this type of relationship and after sex all  they want to do is “talk” about themselves. I came up with this analogy: a man gives you basic, physical satisfaction and in return, he wants you to make his head spin with ecstasy.

One of my lovers started singing military songs right after sex and wanted to show me his army photo album. I decided to quit dating Russian men after that.

It turns out that European men are much easier to build relationships with. They are less afraid of others opinion, and, therefore, how “feminine” you look is not important. Mature men prefer to build relationships with women of their own age. They respect the personal space of their partners. Such a simple thing can change a relationship fundamentally. In addition, foreign men older than 35 years old begin discussing marriage in a shorter time. Muscovite men will be ready to speak about it after a few years of living together and a couple of children.
-    Anna 36 y.o.

Muscovite men over 40 years old look ten years older than their real age. In addition to this worn-out appearance, they don’t have any vigor or enthusiasm.  I don’t understand why this is. I became more sporty and active once my children grew up.  Since my divorce eight years ago, I haven’t had a serious relationship with a man from Moscow. We just don’t like each other. I’m too active for them, and they bore me during sex. Muscovite men over 40 don’t want to give pleasure to a woman. They would rather have pleasure themselves then say goodbye. That is so selfish.

Men from other cities aren’t much better. They are not interested in a relationship with a woman.
So I turned to foreigners. Many of them are also involved in a sporting activity and lead a healthy lifestyle. These men are more open to emotional communication. It’s much more fun to communicate with an active, open-minded man than with one who has a set of principles and rules. Foreigners are very good when it comes to sex. Sex for them is like another form of communication; it goes beyond the primitive, physical satisfaction.

But it is not all bad in Moscow. My daughter’s boyfriends are pretty interesting and nice guys, so I do feel optimistic about it. Things are beginning to change for the better. Young people are more interested in a healthy lifestyle than previously, and bad habits are becoming a thing of the past. That’s great news for women!
-    Olga, 43 y.o.

I’ve never had any interest in foreign men before. They look somehow smaller than Russian men. Their appearance is often pleasent and interesting, but something seems to be missing on the inside.

Both of my ex-husbands are from Moscow and my present husband is from Chelyabinsk. I can genuinely say that men from the countryside are the best! They don’t pretend to be someone or something they are not. They talk about their intentions and feelings with honesty. These men are more straightforward, they are not afraid of change and are always prepared to deal with difficult situations.

People born in Moscow often have parents to help them out and provide them with an apartment to live in. They don’t want to develop themselves because everything is already provided for them.  This not only applies to people my age but younger people too; my daughter’s boyfriends are often this way. Young men raised away from the capital are more courageous, while the Muscovite guys continue to look like girls. As my husband says, “it seems you married the last decent man in Moscow.”
-    Tatiana, 50 y.o.

7 things you have to know before starting to date online 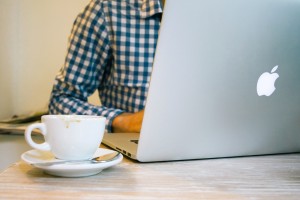 There are 7 things you might want to know before starting to date online (according to the OKCupid’s statistics):

1. Never start a dialogue with a simple “hey”

The statistic shows that a message that just says “hey” has a whopping 84% chance of being ignored. Break the ice with something that calls for a more-than-one-word response. Even “how was your day” is a better call than “hey.”

It’s not a secret that the number of users who “have a desire to participate in bondage” increases year over year: 58% of all users showed interest in handcuffs and whips!

The most-used emojis are different types of smiley face, so if you don’t want to bore your flirting partner, choose one of the “emotional emojis” instead because they have the highest reply rate of all. Messages with the sweat emoji, the distressed face or the sleeping emoji were successful at eliciting a response 40% of the time.

Important questions like “Would you consider dating someone who has vocalized a strong negative bias toward a certain race of people?” and “Is interracial marriage a bad idea?” reveal that most users of dating sites like their romance with a side of tolerance. More than any other questions, people said an answer other than “no” to either of those two inquiries was a deal breaker.

5. It’s not a matter of religion

Only 76% of online daters identify themselves as neither atheist nor agnostic (comparing to 93% of people in the United States according to the 2015 Pew Religious Landscape survey). So if you’re looking for someone to not go to church with on Sundays, you might want to put some extra time into your online dating profiles.

Questions of health and hygiene are very important when it comes to online dating. And it’s not only about clean T-shirts and fresh breath: the number-three question most often marked as important, “What’s your deal with harder drugs (stuff beyond pot)?” reveals that most of the site’s visitors want a significant other who can say “I never do drugs.”

The top five movies referenced on the site this year, The Hunger Games: Mockingjay Part II, Avengers: Age of Ultron, Jurassic World, Mad Max: Fury Road and Star Wars: The Force Awakens, were all reboots or sequels, meaning making sure you’re up on your mega-movie franchises ensures you’ll have something to talk about on the first date.

We’re Collecting Reviews from Our Customers

Recently, Authentic Reviews offered us to be one of their first clients and we agreed. Here we go with Reviews of CuteOnly; below I’ll explain how we get them and why they are trustworthy.

Their idea is to collect the reviews from real clients. Why is that hard?

Web has a problem of trust. There are reviews of few different sorts:

The latter could be clients complaining that the service is expensive, not free etc but have not purchased the service and thus have no experience with it.

So, we’re trying to accept first two categories of reviews. In order to do that, we put a small button in the footer inviting to leave the review. The button is only shown to registered users and appears time to time on a girls profile. Every 7th time to be precise.

How Authentic Reviews makes sure there are no fake reviews? Unlike other websites, they requests the proof of purchase, so there’re little to know fake reviews at all.

We don’t know about you, but we find this scheme fair. And know what, many reviews are so beautiful they make our day and motivate a lot, even more than money. Here are is just one:

I recommend it highly!
I have found a woman I am interested in starting a life together with. It has been a wonderful experience for me as I have met and corresponded with
several very nice women. However since I am now relating to only one woman I no longer need this sevice. Thank you very much for your wonderful site, I recommend it highly!
James Vickers from United States

Are you the customer of CuteOnly and wanna leave a honest review? We, CuteOnly team (Ksenia, Ivan, Nikolay, Maria, Vladimir and Vera) would be pleased to read it.