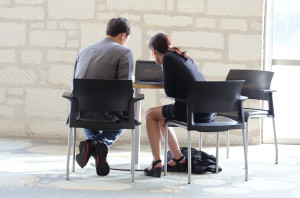 If you’ve ever attempted to freelance or start a small business, then you know that only one person is responsible for your successes and/or your failures – you. There are certain things that you need to do. You need to dress well and be presentable. You should be able to converse on a variety of topics. You should also be yourself (source: CoffeeMeetsBagel).

1. You need to be a bit shameless about self promotion

Put yourself out there. You can’t get a date if you don’t talk to people. Don’t count of referrals or your friends to introduce you to amazing people.

2. Distance yourself from the pack

Separate yourself from the rest of the general population. You’ll need to put your uniqueness on display a little bit. If you’re good with your words, use them.

Do you have skills? What are your interests? Have more going on for you than good looks, spartan abs, and a salary. Have intangibles that let the other person you’re seeing see that there’s long-term potential here.

You need a business plan. You need a mission statement and this ties into legacy. You need purpose. You can date for the hell of it, or you can be in it to win it. You can crystalize for yourself what your motivations are for dating.

5. You will be rejected often, get used to it

Be secure in who you are and what you have to offer. Know that they who just outright rejected you never gave you a chance and have missed out. So what if no one has clicked ‘Like’ for you in a month? You wouldn’t be moping around because some company won’t grant you an interview, right? You just move on to the next one.

6. You will fail often, get used to it

No one ever went very far in life in any pursuit without failing. It’s about bouncing back and recovering from the experience.

7. You won’t be wildly successful right away

If you’re in it to win it, it means you’re willing to accept the wait. Great friendships don’t happen overnight and neither do great romantic relationships that lead to marriage. If you’re doing dating and online dating right, it’s really hard work to get there and you need to keep doing the hard work to stay there.

You need to objectively evaluate how you’re doing with the various types of women you’re going out with. Do you notice trends? Is there a pattern with the kind of women you’re going out with and is the outcome of all those dates unbelievably predictable? Be in the moment and be aware of what he/she does in response to what you say and do. Be objective and not overly critical of yourself! The right person will like you for you!

Generally, the women who decide to find a foreign husband can be very different and can have completely different motivations. Some women are sincerely looking for a partner to create a family together, some women just want to have fun, others want to make money. So, the following classification might be helpful (source:WayToRussia) :

“Family-Oriented” woman is looking for a sincere relationship and wants to create a real stable family with a husband who will love her, understand her, and care about her. Usually, she’s about 25 to 50 years old. She would like to have a safe enviroment for her family and – partially – this makes her look for the future husband abroad, because it is considered that a foreigner can have a much more stable situation (socially and financially), than a Russian. She does not necessarily want to leave their home country, usually, the main criteria is well-being of the future family, for which the place is not so important.

“Russian Lover” woman is not family oriented, but she’s open and she wants to have nice time and to find an interesting man to spend time with. It doesn’t matter if he’s a foreigner or not, the main thing is that he’s pretty, charming, and interesting to talk with. A man might have a lot of nice time with such a woman, and perhaps, it would be an ideal introduction for an interesting relationship, that could maybe grow into something more serious in the future… The only problem is that this kind of women do not usually look for a husband deliberately.

“Russian Blonde” woman is a special kind of woman.  When she was a young pretty woman, she met a handsome “new Russian” with a lot of money, and fell in love with him and with the ambiance of success around him. She got used to indulge all her needs and to get what she wanted. However, their “new Russian” man was letting himself too much: having so much money, power, and charisma, he was getting with many other women. At one moment, the “blonde” had enough of being just “one of many”, and broke the relationship with her rich friend. However, such a “beautiful girl” shouldn’t be alone, so she’s settled to find a worthy substitute to her old friend, who will worship only her, and will let her indulge into her old habits.  She will most likely not want to leave Russia, because it is very important for her to be able to show the new husband to her girlfriends and to be seen.

“Russophobiac” woman despises Russia and Russians, so her main goal is to emigrate. Usually, her first and main condition is to be able to live abroad, and deep inside she doesn’t care about the relationship. If necessary, she will be a slave to her future husband, only to be able to leave Russia.

“Money Maker” is a dangerous type. Her main goal is to make money, so a long-term relationship is not on her agenda. The most important is to get a regular allowance from the future husband. Usually, this kind of people come from poor families and are not able to do anything by themselves. However, some of them are just “players”: they get pleasure in sucking out the money, and then dissappearing. There were a lot of cases, when a woman like this would engage into writing over the internet with a foreign man, and then at one moment ask some money to buy a plane ticket to be able to meet. So, a naive “husband” would send his “future wife” a check for $1000 US and never hear about her again… 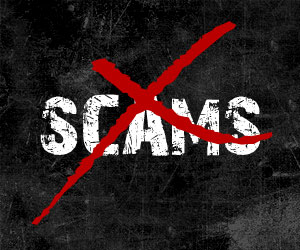 Follow these simple rules to protect yourself from dishonest users while dating online (source: GoToRussia): 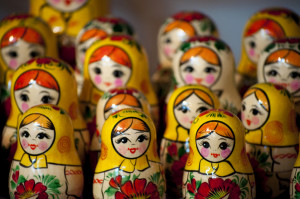 Russia is still quite a conservative and patriarchal society: men and women might have equal legal and economic rights, but there are clearly defined social roles, which may sometimes be constrictive (source: WayToRussia).

Women make 46.9% of the employed population in Russia. The greatest proportion of working women are in public health service (85%), education (81%), credit and finance (78%), information and accounting services (75%), whilst the lowest share is in the construction industry (22%). The majority of working women are trapped in low-wage areas, such as medicine, education, and clerical jobs.

There are protective laws prohibiting too hard jobs for women, such as carrying too heavy weights, or working at night. You’ll see many women, though, working in the shops and in the metro past midnight: the law allows ‘temporary’ contracts for such jobs. Pregnant women or women with a child 1 to 3 years of age are strictly forbidden to work at night. When a pregnant woman leaves her job to give birth and look after her child, there is a requirement for a 3 year-paid maternity leave for child care. Therefore young women are often discriminated when applying for a job for that reason.

Women make 45% of the unemployed population.

The age for pension is 55 years old for women, and 60 for men. However State pensions are usually 10000 R / month ($200) which is barely enough to eat for one month. Consequently many old women find little jobs to earn a bit more.

The legal marrying age is 18 years old for both men and women, but it is possible under some special circumstances for a girl to marry at 16 of age.

Property acquired by spouses during marriage is their joint property, unless stipulated differently in a contract between spouses.

The spouses can share their surnames after the wedding. The husband can take the surname of his wife or vice-versa. The surname of a man is feminised with the suffix -a to become a woman’s surname: for example if the husband is called Smirnov, the wife can change her surname to Smirnova. The spouses can also keep their original names. After divorce names can be kept or recovered.

In Russia, children are usually given a name, and a patronymic (derived from the name of their father). For example Anna has a father called Petr Pushkin, she will be called Anna Petrovna Pushkina. Her brother will be called Stepan Petrovitch Pushkin. People use more often their patronymics than their surname to present themselves in official meetings.