How to reject a lady when you’re online dating

Rejecting a lady who has expressed interest in you is one of the awkward moments of online dating. Nobody enjoys being rejected, and nobody enjoys having to deliver terrible news. But in addition to being polite when dating online, declining a woman’s advances is a crucial step in finding a lady with whom you have a genuine interest. 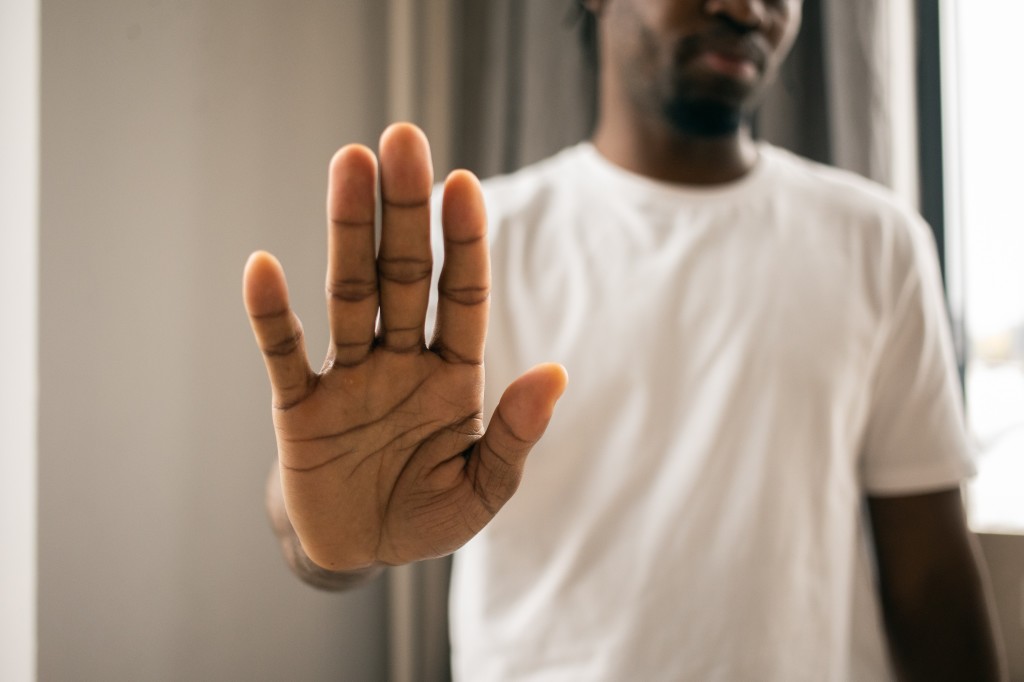 Perhaps it’s an age factor, perhaps you’re not attracted to her, perhaps something about her profile turned you off, or perhaps you’re just not feeling it. Whatever the case may be, you aren’t interested. So, how can you respectfully reject a woman in online dating?

Is it necessary to answer every message you receive, or may you simply delete them and go on?
It’s all up to you. If it appears to be a meaningful letter that took a lady some time to compose, do her the courtesy of sending her one message stating that you aren’t interested. If she continues to try to chat with you after that, simply ignore her or block her. However, if she gives you a cookie-cutter first message with no thought or passion behind it, or if she sends you something unpleasant, simply delete it and go on to the next message.

What should you say if you choose to respectfully reject her?
Let’s address the issue that is being ignored. Nobody likes being told that they aren’t wanted or that they can’t have what they desire. You must proceed with caution since you do not want to offend her sentiments. However, you must be clear enough so that the message is understood and no counter emails are sent.

When you want to let her down quickly, you don’t need to write her a lengthy note or an entire novel. You should just mention what is necessary to make your argument. When you start making things longer, it might make women believe there’s a chance. You put a lot of work into the email you sent her, so perhaps you’re worth “fighting” for. You don’t want this to happen. You want her to hear what you’re saying, understand it won’t work, and move on to the next man she’s interested in.

Leave the explanation out

It is not necessary for you to explain why you are not interested. For her, the fact that you are uninterested is a sufficient explanation. You could be tempted to tell her why or to assist her with the next person, but you’ll simply be opening a bag of worms that you don’t want to deal with. The goal is to finish the conversation with a single message, not to lure her to respond with a request for more information or, worse, to argue with you.

Be straightforward and concise

You must be nice, yet plain and unambiguous in your communication. If you provide a hesitant response about how you’re not sure it’s a good fit or that the moment isn’t perfect, you’ll keep the door open in her mind. This is not fair to her, and it will also cause her to send you more messages. Unless you want your online dating inbox to be clogged with women arguing why you should like them, be clear and straightforward.

Inform her that you enjoyed her message but are not interested. Don’t say, “I guess I’m not interested” or “it’s probably not going to work.” The best wording is “I am not interested.” Period. This concludes the conversation. Failure to do so may result in a lot of hassles and probable grief for the woman you’re speaking with.

It is entirely feasible to be straightforward and kind at the same time. Keep in mind that you are answering her out of courtesy, which is already kind. You have no right to belittle her, treat her with contempt, or say anything that would make her feel bad. It should be normal and not really that big of an issue for two individuals to not like one another. In spite of this, a lot of women become upset when they are rejected, so be straightforward while yet being courteous.

What you may expect after sending a rejection message
There are a few scenarios, and you should be prepared for all of them. First, some women may take the message and refrain from responding at all.
However, some ladies will reply. Some will express gratitude for your reaction. If you get this, don’t answer and leave it at that. Most of the time, this is sincere, but occasionally it is a ploy to start a conversation. The ladies you should be wary of are those who can’t take a hint. She’ll reply by asking why you’re not interested, or she’ll say something unpleasant.

Do not reply if this happens. She will never take the clue if she didn’t receive it from your last reaction, no matter what you say. Delete the message and continue. If she continues to email you, block her. Block her if she says something rude. You were attempting to be helpful and friendly to her, but she plainly had difficulty accepting rejection. Don’t be sucked into her negativity.

Simply follow these recommendations and carry on. You’ll be fine and so will she.